My ASSOCIATION WITH THE MINING INDUSTRY started when I was born in 1967. I was born in the mining town of Uranium City (UC) in Canada.  This is North of the North Shore of Lake Athabasca, Saskatchewan.

We lived in Eldorado village which is about 8 km (5 miles) East of UC.  It is on the North Shore of Beaverlodge Lake.  It was the company town for Eldorado Nuclear (previously called Eldorado Mining and Refining, and before that Eldorado Gold Mines. 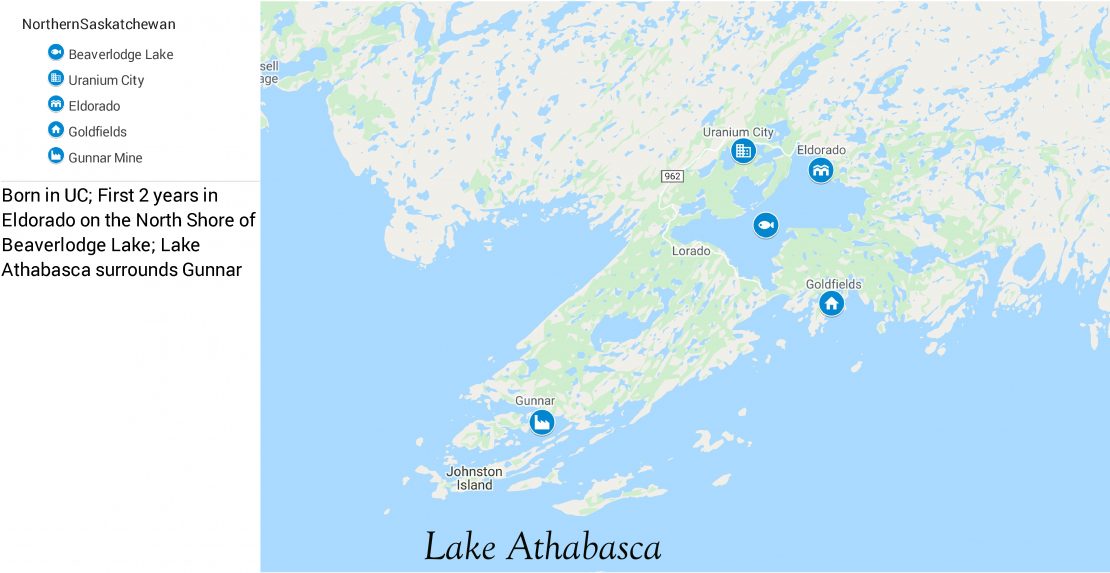 Mum & Dad moved to Uranium City from Britain at the beginning of 1967.  This was a direct distance of more than  6000 kilometres or 3500 miles.  The temperature in UC was about -40 when they arrived. Mum had a short “winter coat” that she had bought in Dundee.  She was assured by the shopkeeper that it would keep her warm because it was of duffel coat material and had fur surrounding the hood. Can you imagine the shock that they felt when the plane doors opened and they walked down the stairs? 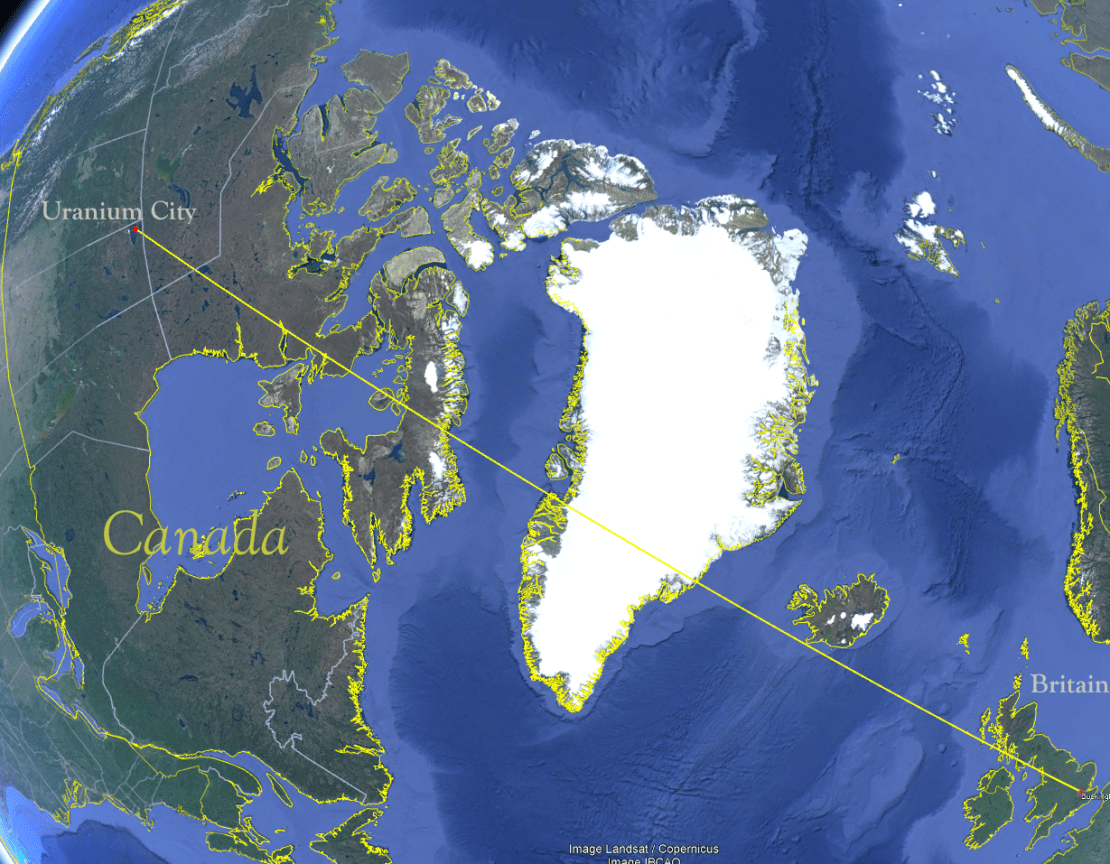 When I was about  five weeks old, Mum & Dad had to return to Britain.  They had to attend my paternal Grandpa’s funeral in Cornwall.

I was christened  with my cousin while we were there.  We were christened at Paynter’s Lane End Methodist Chapel in Cornwall.

When we returned to Eldorado.  My paternal Grandma followed.  She spent about six months with us.

Uranium City was mainly connected to Southern Canada by air at the time.  The Southern Canadian main air travel connection was with Edmonton.

Mum & Dad had us all flown down to Edmonton.  They took us on a drive across the Rockies to Vancouver.  We visited my Mum’s sister and her husband while there.

Dad is a metallurgist, our Cornish heritage probably played at least a part in drawing us both into the mining industry.

Dad built a motor boat while we lived in UC with a colleague of his.  They were mates at the Royal School of Mines of Imperial College.

Mum would often comment on the harshness of the weather in UC. As already alluded to, the winters could be quite cold.

In the summer, there was an abundance of black flies & mosquitoes.  Also in the summer, if the weather got hot and humid in UC, a thunderstorm was in the offing.

My brother, Iain, was born in UC a year after me.

While I was a mines inspector in Saskatchewan, I did have the opportunity to visit the area surrounding Uranium City (Goldfields, Gunnar, Lorado and surrounding area).  It is beautiful.  I had the opportunity to fly into Uranium City from the North.  You could see why the range shown North of Lake Athabasca in the map shown in the post Lake Athabasca to Great Slave Lake Activity was called the Reindeer or Caribou Mountains by Reverend Émile Petitot while he was surveying the area.

After two years, we moved from Uranium City to Ontario.

Working Together to Make Work Safer